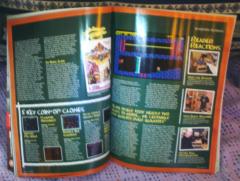 This month’s Retro Gamer (Issue 101, Mar/Apr 2012) features my eight page feature on a favourite retro platform, the BBC Micro. It’s immensely gratifying for me to write about the Beeb as it was my first computer. Some of you may know that it has recently celebrated its 30th birthday. It’s a great platform and I genuinely enjoyed playing some of the old games. It was also nice to get in touch with some BBC Micro developers that I hadn’t spoken to before while re-establishing contact with some that I already knew. I was also able to bring some of the best YouTube retrogamers into the mag (see videos here, here, here and here).

One snag with the way that the feature came together is that I ran out of room and I wasn’t able to use all of the material that I was given. No matter: I plan to spin the extra stuff out into later features, and I’ve already discussed some ideas with the editor. More info when it’s confirmed.

There is a feedback thread for the issue on the forum. As ever, thanks go to all of the people who helped me with the article. 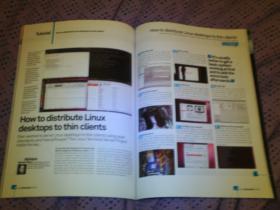 Issue 111 of Linux User & Developer (March 2012) contains my four page tutorial on LTSP, a system to distribute Linux desktops to clients. Basically, a server runs LTSP and the clients (which could be old PCs, for example) boot over the network. Subsequently, a small version of Linux runs on the client, from a RAM disk. Like a lot of the LU&D content, it’s one for the techies.

I’ve had a fair bit of stuff in the mag of late and some of it ends up on the website (such as these reviews of EyeOS and Gentoo). Other than that, I’ve got another mag related announcement in the next few days.

I had a nice surprise, a few weeks ago, when I noticed an article that I did for Den of Geek last year (one of the best SciFi sites on the net, IMO) at the top of my Facebook newsfeed. The article was about the Kevin Costner movie The Postman (which rules), and at first I couldn’t work out why it was at the top of the page after so long. Then I noticed it had been linked to by David Brin, the author of the source novel (which also rules). It was quite an honour as his remarks were mostly complimentary and he’s a very well known SciFi author and a fascinating essayist.

Take care, all. Another magazine article in the next few days and I’ve got a couple of other irons in the fire in terms of article ideas.